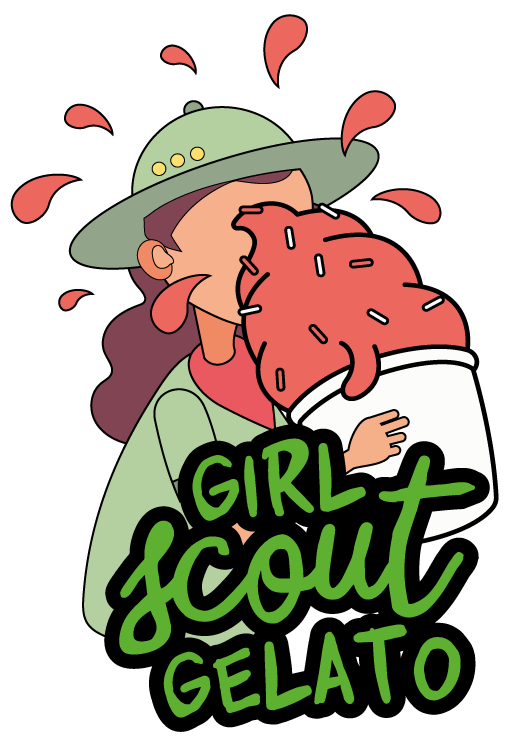 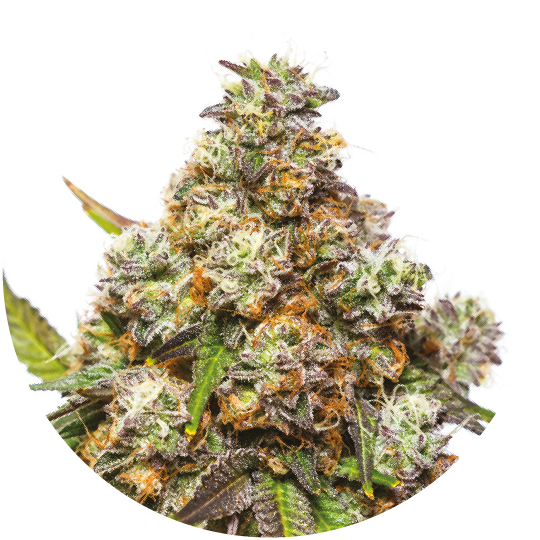 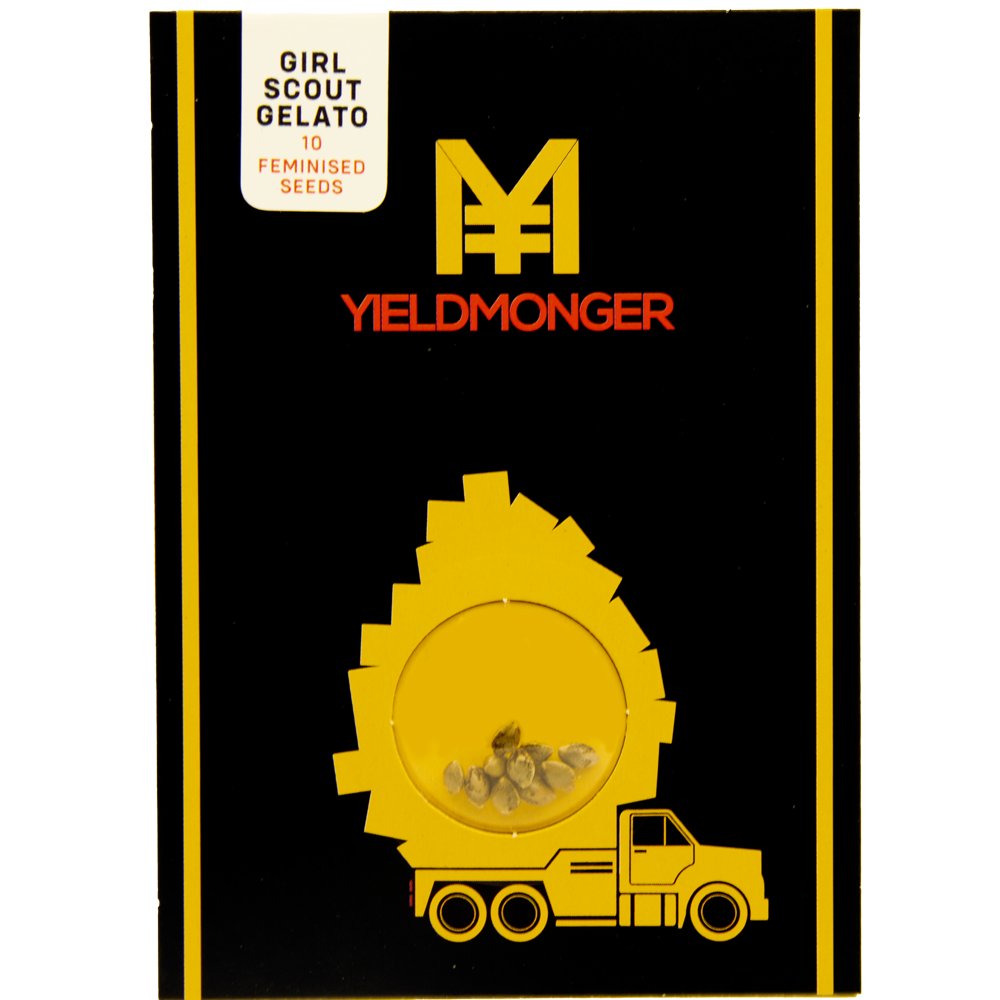 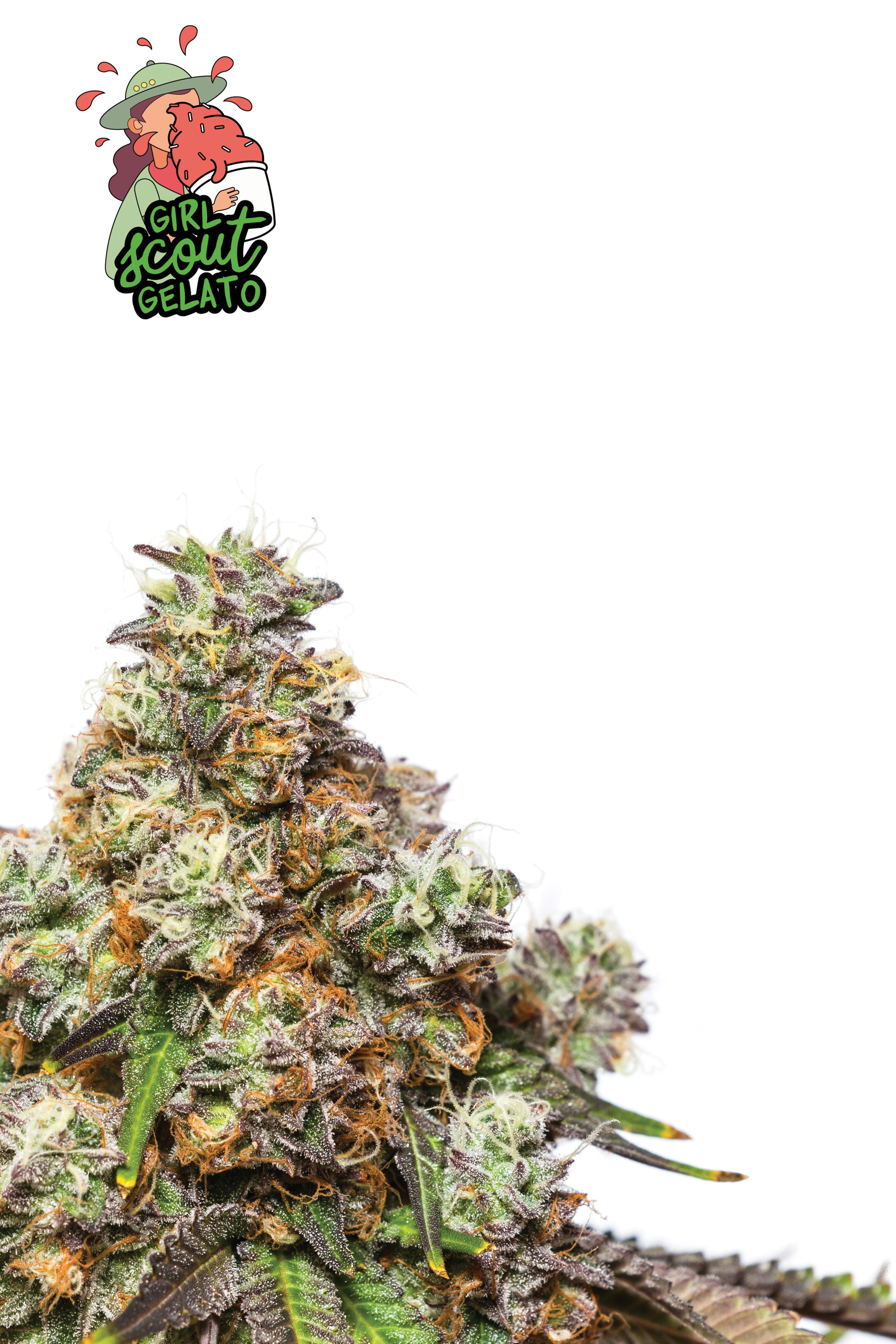 Girl Scout Gelato is beautiful. A sweet and sugary strain that packs a potent and reliable hit.

This strain combines outstanding flavour with immense strength and productivity. Girl Scout Gelato is an excellent choice for the experienced connoisseur, tired of becoming tolerant to other strains.

Girl Scout Gelato inherited her awesome genes from the legendary Girl Scout Cookies and Gelato. This has given her a hedonistic explosion of both flavour and effect. Her extremely high THC levels of 28% produce a highly desirable sweet and powerful effect that lasts for hours. Being a hybrid mix of both Indica and Sativa, she produces effects that work well on both the body and the mind in equal measures. The head high has effects of euphoria and psychedelia, alongside the more subdued body effects which add a lovely relaxing element to the whole experience. The aroma and taste that Girl Scout Gelato produces are of the highest grade.

Not only is Girl Scout Gelato one of the strongest, best tasting, and best smelling girls out there, she will also produce a very large yield in just 8-10 weeks.